When 7-year-old Aedan Conway got his Love Your Heart Bear (who he named Biscuit), he wanted to see if Biscuit’s scar looked like his.

When Aedan’s mom was 20 weeks pregnant with him, they learned that he had a congenital heart defect called hypoplastic left heart syndrome. That means that Aedan’s left ventricle never developed and he lives with basically half of a heart. Aedan has had three open surgeries already – the first at four days old, the second at six months old, and the third at two years old. He has also had three cardiac catheterizations. 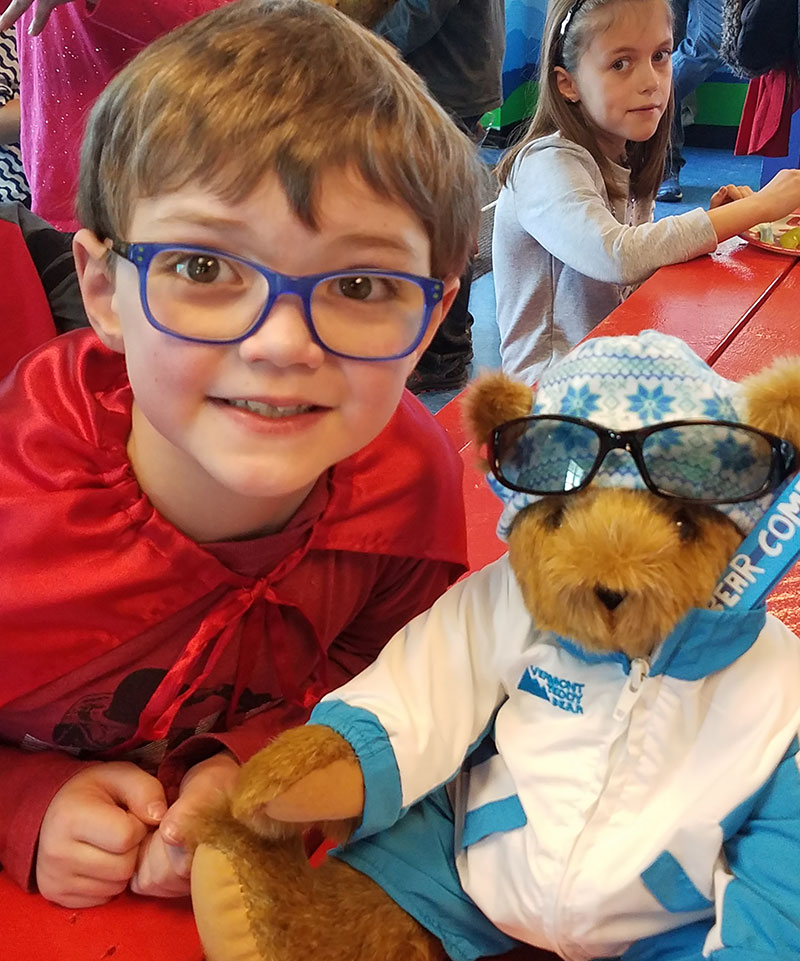 In his young life, Aedan has helped the American Heart Association pass the Pulse Ox Law in New York, making sure that all newborns have their oxygen levels checked before discharge from the hospital. A low oxygen level could indicate a critical congenital heart defect. Aedan has also been the Heart Hero at the Capital Region Heart Ball, and his Capital Region Heart Walk team – Aedan’s Ventricular Trio – is always one of the top fundraising teams. When Aedan was just four years old, the Heart Walk took place on a day that didn’t just rain – it poured. Drenched and chilly, Aedan declined his parents’ offer to end the walk early, and walked the entire three miles.

These days, Aedan loves school, plays tee ball, swims, golfs and tears up the ski slopes in the winter.

Aedan also helped Vermont Teddy Bear launch the Love Your Heart Bear, and while the bear’s scar matches Aedan’s, Aedan’s scar is that of a true warrior.

Vermont Teddy Bear is collaborating with the American Heart Association to promote heart disease awareness, prevention and sense of community for all those affected. The "Love Your Heart Bear" is designed with a scar down its chest to honor those affected by heart disease, and 20% of proceeds are donated directly to the American Heart Association. 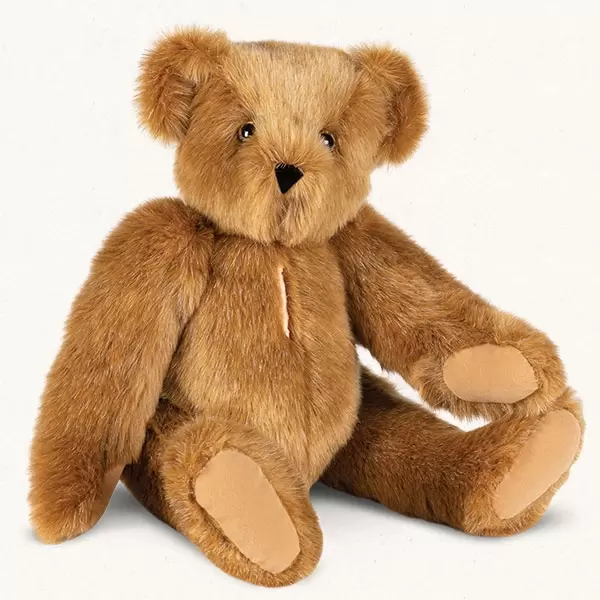